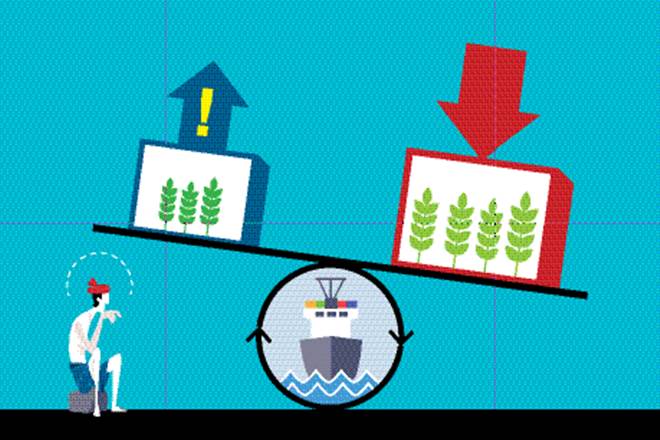 Spin off effect due to global tariff war and the recent rise in crude oil- prices due to supply cuts have impacted country’s imports and exports. Besides, recently revoked GSP benefits by US on Indian products will further add to the woes of the Indian exporters in the coming months, observed by the President ofFederation of Indian Export Organisations (FIEO) Ganesh Kumar Gupta.

He however said that it was encouraging that the exporters managed to do well despite increasing protectionism, tough global conditions and constraints on the domestic front and had a nominal growth of 2.44 percent with exports of USD 26.67 billion during February.

He said the economies across Asia specially China and South East Asian nations have been showing signs of sluggishness with contraction in manufacturing due to slowdown in the global trade and fragile world economy.

Almost all labour-intensive sectors of exports during the month have moved into the negative territory including gems and jewellery, leather and leather products, plantation, handicrafts, carpets, jute manufacturing including floor covering, marine products etc. besides Petroleum, which also showed negative growth further pulling down the overall exports for the month, said Gupta.

He said 18 out of 30 major product groups were in positive territory, with most of them with marginal growth during the month. “However with this trend, we will be able to achieve merchandise exports of about USD 330 billion, the highest ever exports for a fiscal,” he claimed.

Imports during February, 2019 declined by 5.41 percent mainly due to decrease in imports of petroleum products, precious and semi precious stones, gold and silver, which further led down to the decline of exports from gems and jewellery and petroleum sectors. Besides imports of transport equipment and electronic goods were also down. All these sector of imports have also pulled down trade deficit to a low of about one and half years, said Gupta.

FIEO President reiterated the demand for urgent and immediate support including the issue of augmenting the flow of credit, higher tax deduction for R and D, outright exemption from GST, Online ITC refund, interest equalization support to agricultural exports, benefits on sales to foreign tourists and exemption from IGST under Advance Authorization Scheme with retrospective effect.

Besides these, budgetary support for marketing and exports related infrastructure are some of the other key issues, which needs to be looked into immediately, he added.