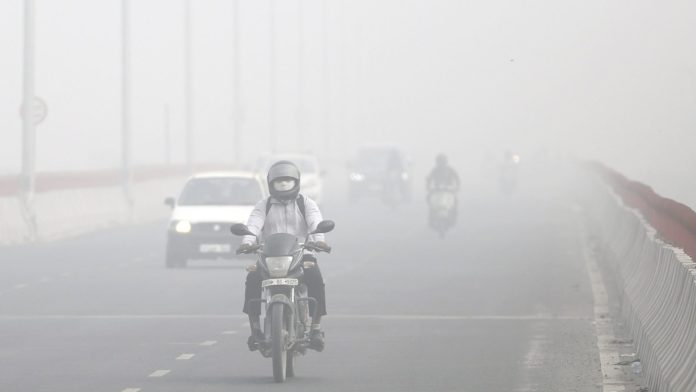 Air pollution has been affecting the lungs of the people including the children. The lungs are losing their natural pink colour and getting black.

The startling revelation was made by president of the Association of Surgeons of India Dr Arvind Kumar.

People up to thirty years of age were found with black lungs. The change of the colour of lungs indicated the lungs were not healthy enough to sustain any infection.

According to him the black coloured lungs are generally found in smokers but at present the lungs of those who have no history of smoking were also turning black. The change in the colour of the lungs was due to inhalation of highly polluted air which contained deadly gases.

The problem has been on an increase for the past five years and it has also gripped the tender aged school going children. The number of asthmatic children has also witnessed a sharp increase during the period, said Dr Kumar.

Children were falling prey to the disease because of two main reasons. Firstly, a large number of auto vehicles including cars come to schools for dropping and collecting the children every-day. The smoke emitted by these vehicles polluted the campus environment. Children breathe in the polluted air and their lungs get affected, Doctor Kumar said.

Secondly, the garbage heaps and dust all along the roadsides pollutes the air which they inhaled and get the lungs infected, he added.