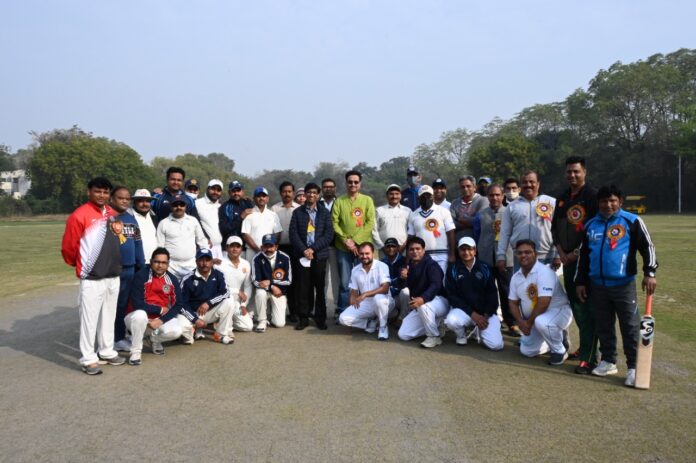 Kanpur February, 26 : The Faculty Cricket Club at IIT Kanpur has organized a hard-ball T20 cricket tournament in the memory of Late Prof. D Yadav (retired from the Department of Aerospace Engineering) at the ACEs Cricket Ground at IIT Kanpur.

Tournament has started from Sunday February 26.

Prof. D Yadav was one of the inspirational faculties that taught and conducted his research with the Department of Aerospace Engineering at IIT Kanpur.

He is not only remembered among the faculty and staff of IIT Kanpur as a prolific teacher and researcher but also for his passion for cricket. Prof. Yadav was one of the first members of the Faculty Cricket Club (FCC) at IIT Kanpur but also one who was most passionate for the same and continued to play in the FCC matches till the ripe age of 70-odd years and bamboozle several opponents with his wily spin bowling besides his superb fielding and batting.

He is still remembered as an inspiration amongst several factions of students, staff and faculty members at IIT Kanpur and therefore to honour him a memorial cricket
tournament was instituted in his name and first conducted in 2018.

In the following years, the tournament could not be conducted due to Covid-19 and related concerns. 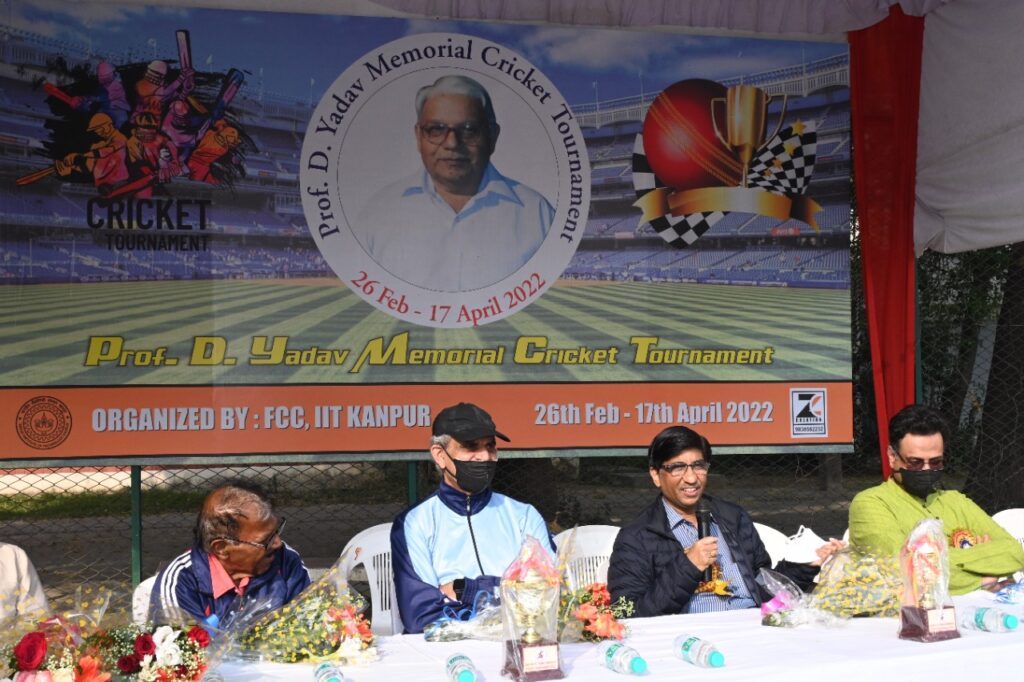 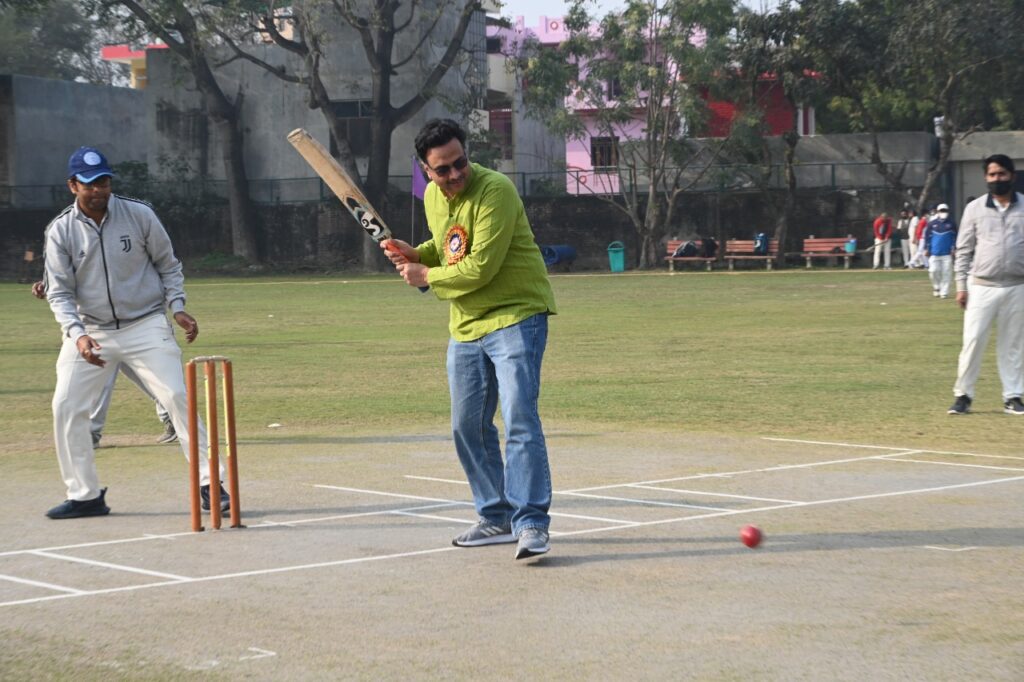 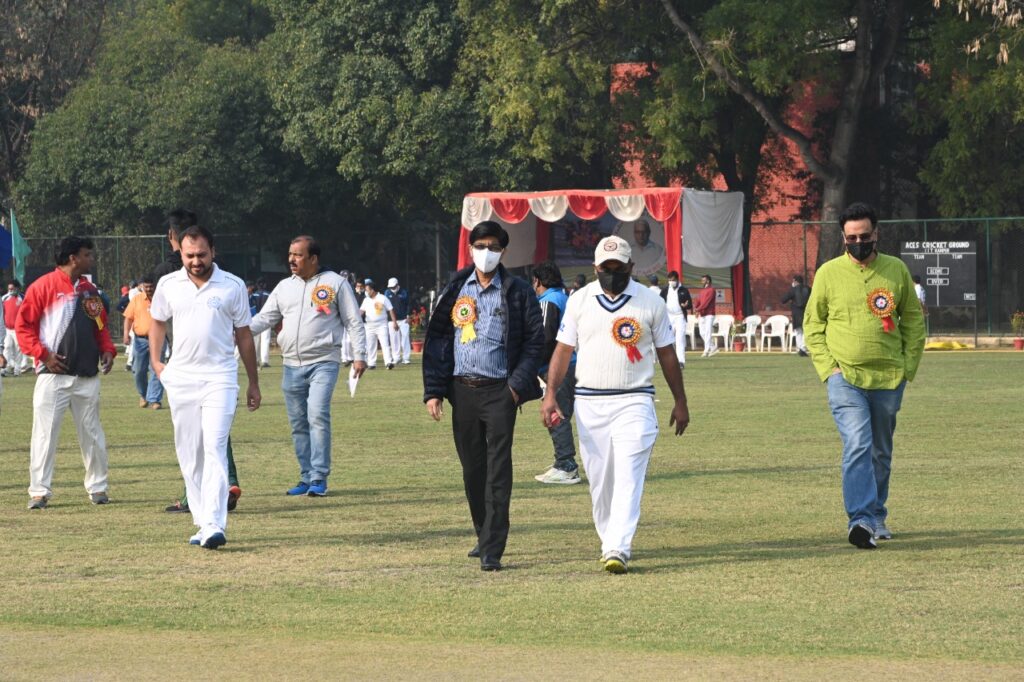 However, the 2nd instalment of the tournament was planned and initiated recently to uplift the spirits of faculty, staff and other community members after a long period marred by Covid-19. The Late Prof. D Yadav Memorial Cricket Tournament is comprising of 6 teams (Faculty Cricket Club, Faculty Cricket Club Stars, Staff A, Staff B, Staff C and Campus Cricket Club, all from IIT Kanpur). The tournament will consist of 18 T20 matches and is scheduled from 26th Feb – 17th April 2022.

The tournament was inaugurated by the Director, IIT Kanpur Prof. Abhay Karandikar; and the Deputy Director-IIT Kanpur, Prof. S Ganesh.

Prof. Karandikar said that organisation of such a cricket tournament will help bring the institute back to normal life after a long and hard ongoing battle with Covid-19 in the last 2 years. He asked the organisers to involve more younger faculty and staff in various sport activities at the institute because such interpersonal interaction amongst various sections of faculty, staff and campus community members increases the morale of everyone and helps physical and mental wellbeing.

The Faculty Cricket club also felicitated some of its veteran past players such as Prof. Harish Karnick and Prof. Neeraj Mishra and also veteran staff-members including Rajendra Kanoujia,. K S Vajpayee,. S C Gond and others.