Forty days long Lockdown announced in the country on March 25 to combat deadly Covid-19 virus, left remarkable impact on the environment. The skies in some of the most polluted cities of the country turned an azure blue and the air unusually fresh. Waterways choked by industrial pollution like river Ganga started flowing unimpeded and are witnessing more marine life. Wild animals also got unprecedented freedom to move into the cities.

The lockdown in fact rejuvenated our environment. It appeared that everything around us ushering a beautiful spring. The Covid-19 led lockdown has also shown us as to how mother earth can bounce back to life if humans allow for it.

The lockdown, during which trains, planes, automobiles and factories came to a grinding halt, improved the Air Quality Index (AQI) to satisfactory level in nearly ninety percent of 103 cities monitored by the Central Pollution Control Board (CPCB) according to its report and data available on the website of the CPCB.

The most astonishing thing happened that Himalayan Range was visible from a distance for the first time in years just due to clean environment.

Neeraj Ladia an astronomer and the head of Space India, an institute for astronomy and space sciences education and tourism revealed to media that “Air and Light pollution are both down and that’s allowed me to spot constellation and planets more easily.”

Clean air and blue skies made the birds happy. They were seen flying high in their flocks and moving   on their own accord.  Many of the unforeseen bugs, bees and other insects were noticed during the lockdown period by the insect spotters like one Rohan Keshwar.

Thousands of lesser Flamingos likely from Gujrat, coloured the Talwa Wetlands near NRI complex in Navi Mumbai were also spotted, the media reported.

Similarly, the wild animals in groups seen strolling over the empty city roads. Media reported that in Odisha and Chandigarh wild animals like Leopards Bears, elephants came out of their natural habitat to have a look of the closed cities. They moved fearlessly without harming anyone but people afraid of them contacted the Forest Officers for nabbing them.

The lockdown period proved a gala time for the wild animals even in Uttar Pradesh also. While the humans were confined inside their houses the wild animals made the streets as their playing fields.

The data of UP112 State Police Integrated Emergency Response Centre  as many as 800 calls related to information about wild animals entering into the residential localities or wild animals lying injured alongside roads and farms were received during the lockdown period.

According to a spokesman of UP-112 KS Singh the centre received calls about tiger, leopards, elephant, deer, Swamp Deer, Jackal, wild boar, Python, snakes, peacocks and blue bulls entering into the human habitats.

The media reported that many cities had unexpected guests on the streets. A Nilgiri was spotted in Sector-18 in NOIDA. It was leisurely walking on the roads.

A Malabar Civet a critically endangered species was found walking on the streets in Kozhikoda in Kerala.

Thus the impacts of the lockdown clearly show the signs of Nature scoring Victory over the man made chaotic environmental conditions. 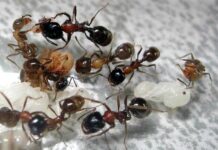 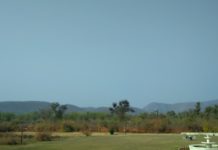 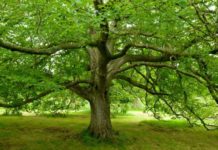 Trees are communicative and have good social network

C3iHub, IIT Kanpur launches the second cohort of startups to foster the next...