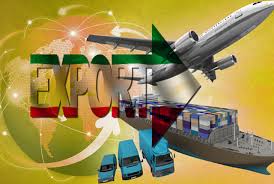 There has been marginal growth in exports during the month of November 2018 due to high based effect year-on-year basis, as exports grew by over 30% in November 2017 President Federation of Indian Export Organization (FIEO) Ganesh Kumar Gupta made these observations on the basis of export figures of November 2018.  However exports during the month was again close to USD 27 billion with a growth of 0.80 per cent even when the global trade is showing signs of receding trend said FIEO Chief.

High growth was mainly witnessed in Petroleum sector with Organic and Inorganic Chemicals, Plastic and Linoleum, RMG of all textiles, Drugs and Pharmaceuticals and Electronic goods also showing signs of revival.  All major labour-intensive sectors of exports like Gems and Jewellery, Engineering, Leather and Leather products, Man-made yarns, fabrics,made-ups, Handloom products, commodities including most Agri products are now in negative territory said President FIEO, Mr Ganesh Kumar Gupta .
15 out of 30 major product groups, as against 22 out of 30 in the previous month, were still in positive territory during November, 2018. However on the imports front, the growth in November, 2018 was on a lower side this time around showing a growth of just 4.31 percent, which is the lowest in recent times. The declining trend of crude oil prices and appreciating rupee may  provide some respite on this front.

What is required is urgent and immediate support including augmenting the flow of credit and better fiscal support, including interest subvention for exports sector, said Gupta.  President FIEO exuded confidence that despite increasing protectionism, exporters have managed to do well in the past and with the timely support of the government will now also be able to take exports to a higher trajectory.

Country suffered in its exports and imports